On February 22, 1943 Sophie Scholl, her brother Hans, and Christoph Probst were found guilty of treason against Germany. The three were beheaded the same day. They were condemned as traitors for producing and distributing leaflets titled – Leaflets of The White Rose – the name of their loosely knit group. Those leaflets clearly and passionately explained the crimes being committed against millions of innocent people in Europe and Russia by politicians acting in the name of the German people. The leaflet was the sixth in a series that had been distributed over a period of a little less than a year by various means throughout Germany.

The White Rose movement was intended to trigger an awakening by the German people to their ability to positively influence society to become more humane. Their rallying cry was “Freedom and Honor!” The White Rose advocated that German’s proactively work towards creating such a society by rising up and refusing to passively go along with the government that was staining the good name of the German people. For daring to suggest that German’s act on their conscience instead of mindlessly following the government’s directives, the people of The White Rose were targeted by the German government to be ruthlessly hunted down, In addition to the Scholls and Christoph Probst, Alexander Schmorell, Willi Graf, Professor Kurt Huber and Hans Leipelt were executed.

Whether explicitly or intuitively, The White Rose participants recognized that the means used to achieve their desire to live in a society in which women, men and children were respectfully treated and did not exist to be the tools of the government needed to be consistent with that end. The men and women of The White Rose did not engage in violence. Rather, they pursued their dream and conveyed their message by distributing leaflets that expressed truths otherwise unavailable to be read by the German people. In the midst of war torn Germany they dared to go beyond exercising freedom of thought by exercising freedom of association, speech and the press: for which some of them paid with their lives. 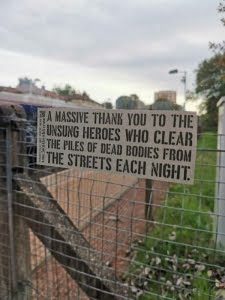 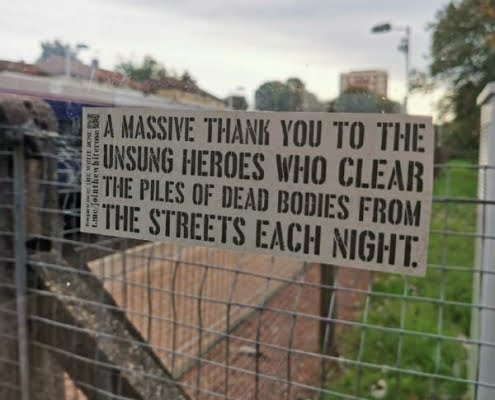 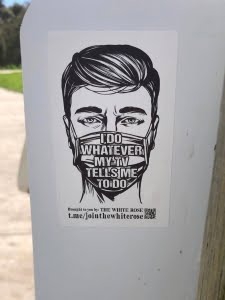 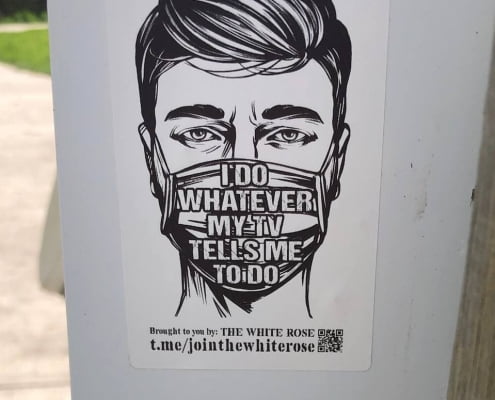 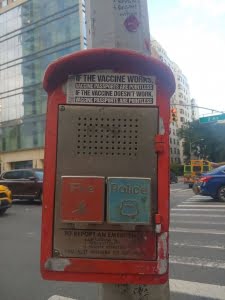 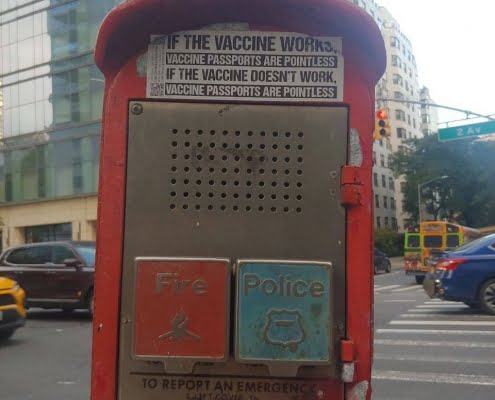 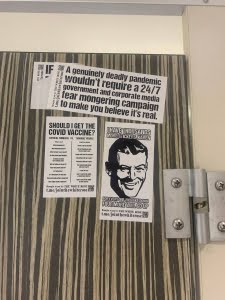 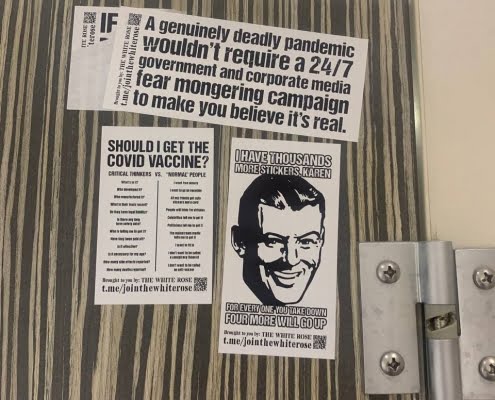 The reemergence of the White Rose movement reminded me of the writing of Hans Sherrer in the form of his description of the origins of The White Rose above, and in the short essay below, which I think has never had greater relevance than now. Every aspect of our environment and our lives  has been infiltrated and corrupted, empowered by our willingness to participate in this anemic, drip-fed imitation of what life could be. Participation in this faux democratic system does nothing other than legitimize and empower tyranny.

Voting Is An Act of Violence

Voting is the most violent act someone can commit in their lifetime.

This little noted anomaly about voting is directly related to the modern conception of the State as an entity deriving its grant of authority to act from the consent of the governed. The aura of legitimacy surrounding the government’s actions is enhanced by the perceived role of voting as an expression of the “people’s will.” Whether non-threatening or violent, the authority for each and every one of the government’s actions is presumed to flow from the consent of the people through the electoral process. School children are told this from their earliest years.

The idea the State derives its power to act from the consent of the people sounds romantic. Few people, however, are aware that by definition the State’s power is for the specific purpose of engaging in acts of violence. No grant of power is necessary for anyone, or any organization to act peacefully. This is no secret among scholars, and sociologist Max Weber’s definition of the State is considered one of the most authoritative:

“A state is a human institution that claims the monopoly of the legitimate use of physical force within a given territory. … The state is considered the sole source of the `right’ to use violence.” [1]

The legitimizing impact of voting on the government’s exercise of power intimately involves voters in the use of that power. Which means that non-voters tend to delegitimize the exercise of a government’s power as an expression of the “will of the people.” So if no one voted in an election or only a small percentage of people did, the government couldn’t profess to be empowered to act as an agent of the “people’s will.” Without the protective cover provided by voters, the government would have no pretense to act except as a law unto itself.

Consequently, the government’s actions and the voters who legitimize them are linked together. Thus at a minimum, voters are spiritually involved in every act engaged in by the government. Including all violent acts. This involvement in the government’s violence isn’t, tempered by the nominal peacefulness of a person’s life apart from voting. By choosing to vote a person integrates the violence engaged in by the government as a part of their life. This is just as true of people that didn’t vote for a candidate who supports particular policies they may disagree with, as it is for those that did. It is going through the motion of voting that legitimizes the government to act in their name, not who or what they vote for.

This means that the violence perpetrated by any one person pales in scope or significance when compared to that which is authorized to be taken by the government in the name of those who vote. The combined ghoulish violence of every identifiable serial killer in American history can’t match the violence of even one of any number of violent actions taken by the government as the people’s representative. A prominent example of this is the economic sanctions imposed on Iraq after the Gulf war in 1991. These sanction prevented Iraq from rebuilding its destroyed sanitation, water, and electric power infrastructure that were specifically targeted by the U. S. military for destruction. Supported and enforced by the U. S., these sanctions are credited by UNICEF and other organizations with contributing to the gruesome deaths of an estimated 3,000 to 5,000 children a month for over 8-1/2 years. [2] All voters share in the government’s contribution to the unnecessary deaths of these children caused by disease and a reduced standard of living. So the over half-a-million deaths of innocent children in Iraq in the years after 1991’s Gulf war are on the blood stained hands of every voter in the U.S.

The same dynamic of voter involvement in government atrocities is true of the many hundreds of civilian deaths caused by the bombing of Yugoslavian cities in the spring and summer of 1999 that the United States participated in. This was a small scale recreation of the atomic bombing of the non-military cities of Hiroshima and Nagasaki in August 1945. Hundreds of thousands of innocent women, children and old people were killed from the initial bomb blasts and the long-term effects of radiation exposure. [3] Those bombings had been preceeded by the U.S. military’s killing of many hundreds of thousands of non-combatants during the firebombings of Tokyo, Hamburg, Dresden and Berlin. All of those people were killed in the name of the voters that had elected the Roosevelt administration in 1944 by a landslide. Voting, like a missile fired at an unseen target many miles away, is a long-distance method of cleanly participating in the most horrific violence imaginable.

So declining to vote does much more than cause a statistical entry on the non-voting side of a ledger sheet. It is a positive way for a person to lower their level of moral responsibility for acts of violence engaged in by the government that they would never engage in personally, and that they don’t want to be committed in their name as a voter. Non-voting is a positive way for a person to publicly express the depth of their private belief in respecting the sanctity of life, and that violence is only justified in self-defense.

The social sphere in which most people live is notable for the level of peaceful cooperation that normally prevails in it. The majority of people strive to better their lives by working together with other people in the pursuit of their mutual self-interest. [4] This community spirit of non-violent cooperation supported by non-voting, stands in sharp contrast to the societal violence endorsed by the act of voting,

The Fauci Dossier
Scroll to top