Is Russia Out of Lock Step?

This is a transcript of the first five minutes of this interview conducted with Vladimir Kvachkov on 25 March, 2020.

“The [coronavirus situation] must be examined from a different perspective, not from the public health perspective, nor epidemiological etc. The coronavirus phenomenon, which they falsely deem a “pandemic”, needs to be examined from the perspective of global powers – religious, political, financial, economic and national. The coronavirus phenomenon, the so-called pandemic, (and let me tell you, there is no pandemic, its all a lie) needs to be considered as a global, strategic special operation. This is exactly how you need to think of this thing. These are command and control exercises by the world’s behind-the-scenes powers to control humanity. This is the goal of the coronavirus.

I’ll repeat it once again – We have little faith in God, and even less so in the existence of Satan, the enemy of the human race. So, the aim of the behind-the-scenes Zionist and financial powers is to reduce the world’s population. It is their idée fixe (obsession). They think there are too many of us ordinary people in the world; that there should be around 100 million of them, and a maximum of 1 billion people on earth to serve them. Then they will be living in abundance here on earth. Because, we the people, the earthlings – there’s too many of us for the behind-the-scenes world powers.

This is why the coronavirus and the financial crisis have emerged simultaneously – they’re inextricably tied to one another. The aim is to stop people’s movement around the world and to curtail political freedoms. In political terms, it would be practically impossible to do all that. There are differences in constitutions, whether they’re being implemented or not (that is a different question). However, there are some political rights that people are accustomed to and they believe they’re theirs to have forever.

The first attempt to take away those rights from people happened on September 11, 2001. Not many seem to remember that, after the so-called attack on the WTC towers, Pentagon and the White House in the USA, the global war on terrorism was declared. Lets remember… in order to understand what coronavirus is now, we must analyse that first attempt – the declaration of war on humanity that was disguised as a war on terrorism. That was 19 years ago.

Behind behind-the-scenes world powers created the events of September 11, 2001. Now they need an excuse for greater control and the takeover of humanity. Thats how they came up with the coronavirus. Basically, to put it this way; its not a pandemic, and not an epidemic. Even now, I literally looked at the data this morning, 300 people in the world die from it daily. You can imagine what kind of scale this is. Of course, I’m sorry about each person who dies, but 300 people across 7.5 billion people – thats basically nothing. These command and control exercises of the behind-the-scenes world powers have an aim of limiting different political rights and making people afraid. The fools are already grabbing food in shops here. Millet, buckwheat, etc. Yeah, even toilet paper? God!

Why? The goal is to scare people. Once again, these are command and control exercises carried out by the behind-the-scenes Zionist and financial liberal world powers with the aim of limiting the political rights that people are accustomed to having, especially in Western Europe. Thats their second goal. The first is to reduce the population on Earth. Thats their satanic goal. The second, political goal of the behind-the-scenes world powers, is to seize power, and the third goal is related to finances and power over the economy.”

Russia’s Hidden Past – The Khazarian Mafia

800 AD: The leaders of the surrounding nations, especially Russia, have had so many years of complaints by their citizens that, as a group, they deliver an ultimatum to the Khazarian king. They send a communique to the Khazarian king that he must choose one of the three Abrahamic religions for his people, and make it his official state religion and require all Khazarian citizens to practice it, and socialize all Khazarian children to practice that faith.

The Khazarian king was given a choice between Islam, Christianity and Judaism. The Khazarian king chose Judaism, and promised to stay within the requirements laid out by the surrounding confederacy of nations led by the Russian czar. Despite his agreement and promise, the Khazarian king and his inner circle of oligarchs kept practicing ancient Babylonian black-magic, also known as Secret Satanism. This Secret Satanism involved occult ceremonies featuring child sacrifice, after “bleeding them out”, drinking their blood and eating their hearts.

About 1,200 AD, the Russians led a group of nations surrounding Khazaria and invaded it, in order to stop the Khazarian crimes against their people, which included kidnapping of their young children and infants for their blood sacrifice ceremonies to Baal. The Khazarian king and his inner court of criminals and murderers came to be known as the Khazarian Mafia (KM) by neighboring countries.

Russia has, for over a thousand years, stood as a bastion against the Khazarian Mafia. This continues to this day, as can be seen in the words of  Vladimir Kvachkov (above) and Valentin Katasanov, and possibly in the strategies which Vladimir Putin has adopted since he first came to power. The globalist, transhumanist el-ite are the latter day front for the same enemy that ended John F. Kennedy’s life when he threatened to expose them. 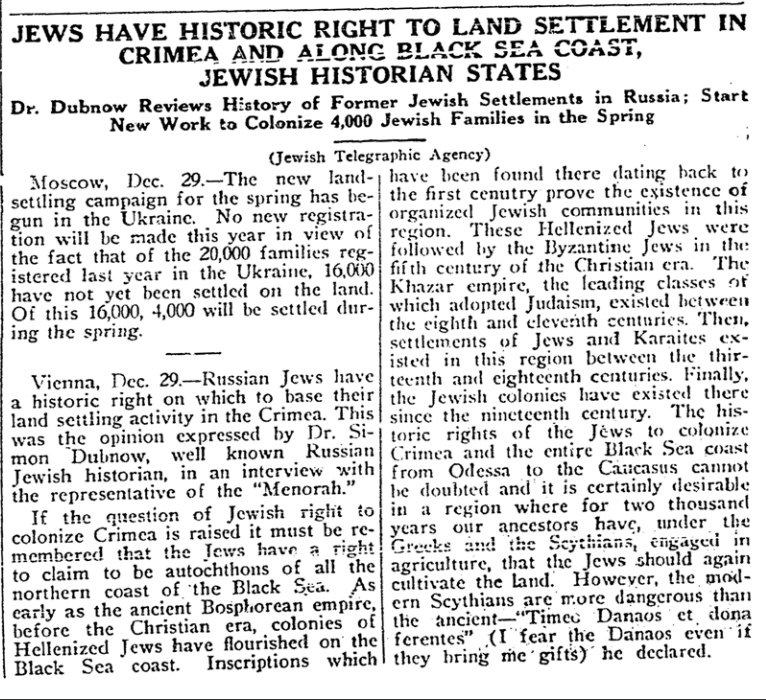 Building upon the foundations laid by their fathers and grandfathers, the present-day descendants are completing a mission that has lasted for several centuries. Today, the Rothschilds are the steam engine of a Khazar train heading for Russia and the vast expanses of Siberia. This train, which runs through the Balkans, is to be boarded with armies of the newly recruited members of NATO, which will then fight for the Rothschild empire.

The infamous Deagel 2025 forecast carried a population change prediction of only -0.5% for Russia from 2017 to 2025, accompanied by positive predictions for Russia’s Gross Domestic Product (+105%) and Military Expenditure (+98%) in the same timeframe. Russia, it would seem, are expected to weather the coming storm particularly well, whereas the UK are forecast, in the same report, to see the annihilation of their population (-77%), GDP (-92%) and ME (-98%) by 2025.

Of the 90,000 5G/DEW installations currently active worldwide, only two of them are to be found in Russia (one in central Moscow, and one in St. Petersburg). Putin’s inner circle have been opposing the rollout of 5G in Russia, effectively stonewalling it to this day. In light of what 5G probably is, could this be an indicator of genuine, unscripted opposition to the UN/WEF globalist agenda?

The first map visualises the number of COVID cases per capita in each country, and the lower map indicates 5G network densities worldwide (August 2021) 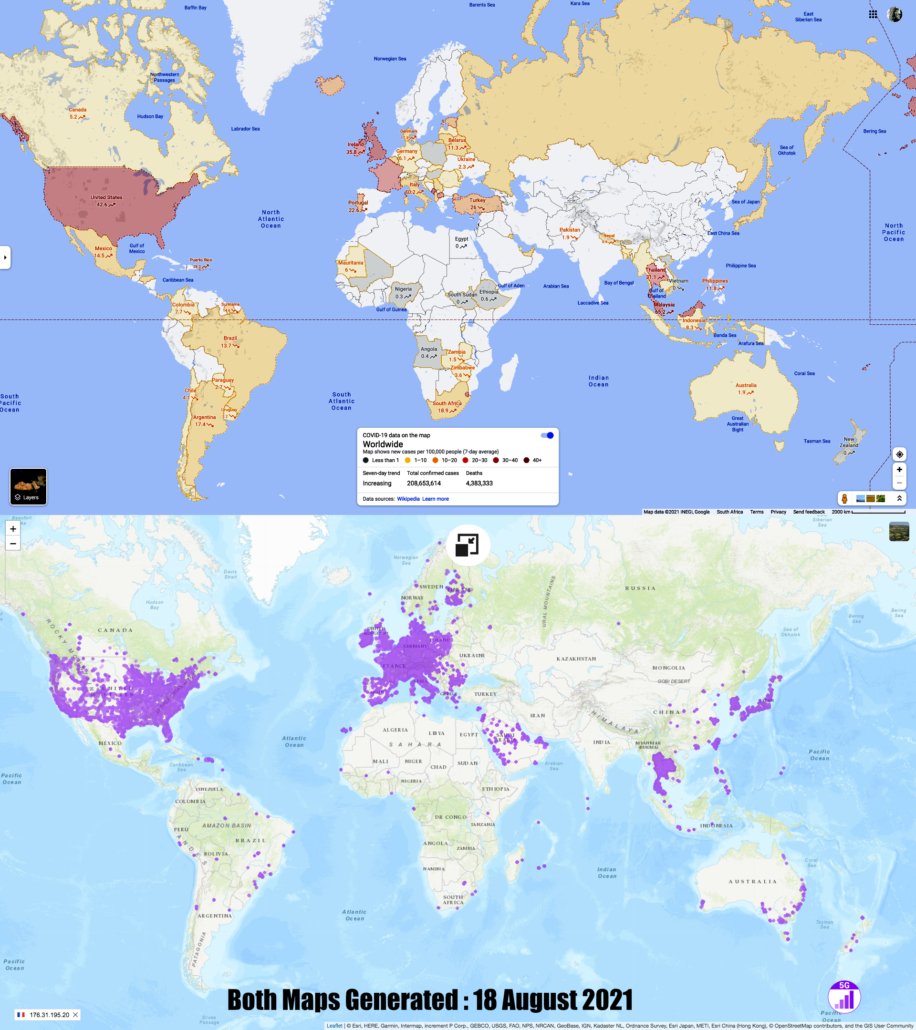