Down a Path of Shadows

It would seem that we are walking down a path of shadows which we have been down before, more than 30 years ago.

The Coronovirus psy-op is almost precisely the social-engineering we saw with HIV/AIDS. Fortune-telling fraud on a global scale with potentially billions of marks – almost every human being on Earth earmarked for a few dollars worth of a Bill Gates’ cocktail infusion.

What David is referring to during the first portion of this interview is the same mass confidence trick described, in meticulously researched detail, by Peter Duesberg in his 700 page 1995 book, “Inventing the AIDS Virus” (out of print, however a 2nd hand hardcopy can be purchased on Amazon here for $350-$1000).

David Icke also mentions Kary Mullis for his role as the Nobel Laureate that invented the Polymerase Chain Reaction test (used for COVID-19 testing), and for Mullis’ public stance that his invention was not suitable for viral load (infection) testing in human beings – the presence of antibody DNA does not constitute evidence of infection, nor is the result viral-strain specific. One could test positive for COVID-19 using PCR testing, even if they were carrying antibodies to a different coronavirus strain.

I’m sure that Peter Duesberg must be watching with interest as the same plot devices, actors and props are being rolled out once more: Anthony Fauci, PCR testing, Kary Mullis, vague, non-standardised testing and even vaguer pathology criteria – all in support of Pharma Studio’s latest blockbuster sequel.

This vastly less-invasive vaccine-delivery-system will very likely also include a dye marker – an identification tattoo – which will only be visible using specialized smartphone scanning technology.

Being virtually painless and designed to be administered by non-medical personnel, I think we can safely predict that neo-stasi police will be slapping one of these on our arms at routine traffic stops if we haven’t already been vaccinated. If you’re not keen on this idea, you can make your voice heard by signing this petition on change.org

As is now being done with COVID-19, AIDS was defined using completely different criteria in different parts of the world.

The symptoms of “Western AIDS” are those typically associated with chronic recreational drug use – eg. weakened immune response & kaposi’s soma.

Here we are once again, using the same duplicitous testing and quantification methodologies, and the same flawed PCR test, the one used for HIV testing, producing false-positives to many AIDS-defining conditions such as tuberculosis, herpes, pneumonia, candidiasis and toxoplasmosis.

They AIDS industry have, for 30 years, been selling their toxic drugs to treat an invented syndrome, which just happens to mimic all the existing diseases wherever it “appears”.

Fauci was a star antagonist in the AIDS theatrics as well. AIDS was truly the testing ground for whats happening here.

So when they come for us, they’re probably going to be bringing these little babies along:- microneedle tattoo vaccine patches. Several patents were filed for this technology, at least as far back at July 2018 by M.I.T, with funding from the Bill and Melinda Gates Foundation. Fortunately for Bill, he should see a good return on his substantial donations to the World Health Organization when they buy up enough of his product to vaccinate the entire planet.

Keeping this content available comes at a cost, not the least part of which are the direct costs of hosting and content delivery networks. Your generous support could go a long way towards maintaining some light through these dark times. Please consider making a donation. 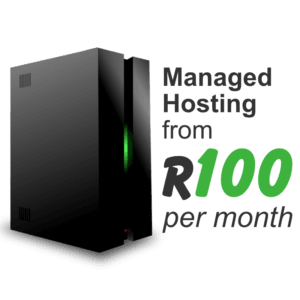 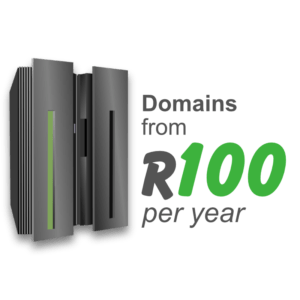 My Declaration of Sovereignty
Scroll to top

This site uses cookies. By continuing to browse the site, you are agreeing to our use of cookies.

We may request cookies to be set on your device. We use cookies to let us know when you visit our websites, how you interact with us, to enrich your user experience, and to customize your relationship with our website.

Click on the different category headings to find out more. You can also change some of your preferences. Note that blocking some types of cookies may impact your experience on our websites and the services we are able to offer.

These cookies are strictly necessary to provide you with services available through our website and to use some of its features.

Because these cookies are strictly necessary to deliver the website, refuseing them will have impact how our site functions. You always can block or delete cookies by changing your browser settings and force blocking all cookies on this website. But this will always prompt you to accept/refuse cookies when revisiting our site.

We fully respect if you want to refuse cookies but to avoid asking you again and again kindly allow us to store a cookie for that. You are free to opt out any time or opt in for other cookies to get a better experience. If you refuse cookies we will remove all set cookies in our domain.

We provide you with a list of stored cookies on your computer in our domain so you can check what we stored. Due to security reasons we are not able to show or modify cookies from other domains. You can check these in your browser security settings.

We also use different external services like Google Webfonts, Google Maps, and external Video providers. Since these providers may collect personal data like your IP address we allow you to block them here. Please be aware that this might heavily reduce the functionality and appearance of our site. Changes will take effect once you reload the page.